So my husband and I have an ongoing debate over the definition of shirts. Specifically, the button-down shirt.

As an American, button-down shirts apply to anything that, well, has buttons down the front. Simple as that. 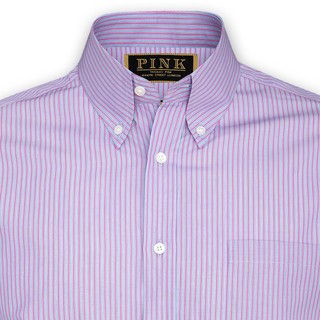 In Britain, that’s just called a “shirt” (In America, I think we think more broadly and anything that covers one’s torso falls under the “shirt” umbrella – even a shirt that resembles an umbrella). To him, a button-down shirt is a shirt that has a button-down collar.

Maybe I’m wrong, but I don’t think most Americans think this much about button-down collars. Are they popular? Does the average American give them much thought? Are they readily available? Do Americans ask for them by name?

Posted on 26, April 2012, in Clothing and tagged British, button-down, shirt. Bookmark the permalink. Leave a comment.