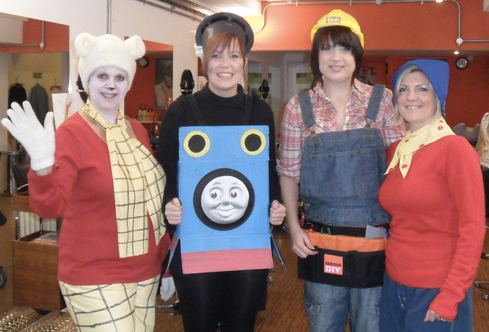 Are you dressing up and trick or treating today?

I loved these 31 Splendidly British Ideas For Halloween Costumes via Buzzfeed (although I wasn’t sure what #1, 2, 14 and 22 were!).

As for me, I’m going to be an apple (to match my daughter, who’s dressing up as Snow White). Have a wonderful and safe Halloween!

Have you seen this? “Family Guy” has spoofed the official christening photo of Prince George! (And Stewie has taken the place of our young prince…) 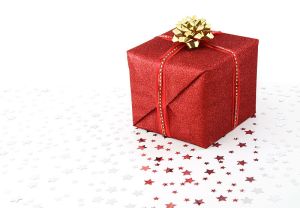 And she had her first big birthday party with her friends. There was a bounce house, a cake with whipped cream, fresh strawberries and princesses on it and a good old fashioned British game for the kids – Pass the Parcel.

I’ve never played the Pass the Parcel before, but the kids loved it. It’s one part Musical Chairs, one part Hot Potato, one part Russian dolls. You’ve got a wrapped present and the kids sit in a circle and pass the present around and around. When the music stops, whoever is holding the present gets to open it! But the present has been wrapped so many times in different types of wrapping (we alternated with wrapping paper and newspaper) that you’re never sure when or who will get to the actual present inside all of the wrapping.

My husband did an awesome job leading the game and he had wrapped the present nearly 20 times ahead of time, so each child who came to the party would have a chance to open the present at least once! You can only imagine the fun of finally getting to the bottom of it – it was a little apron with Paddington Bear on the front from our trip to the U.K. earlier this year and the lucky winner was a lovely 3-year-old girl who quietly beamed when she realized that could open the present and keep the gift!

The 23 most wonderfully Scottish things that have ever happened

I lived in Scotland for two years and it remains one of my favorite places on the planet! And so I really loved this Buzzfeed.com list of the 23 most wonderfully Scottish things that have ever happened. Particularly numbers 1, 10 and 20.

Proud to be British T-shirt

Wear your British pride on your sleeve with this little T-shirt from Skreened.com. It comes in a range of colors and available in junior small to XL (unfortunately no adult sizes… at least for now). $24.99.

“Downton Abbey” cast has been Simpsonized

Adrien Noterdaem has Simpsonized the full cast of “Downton Abbey.” Check it out here!

(And if you keep scrolling, you’ll see the Simpsonized versions of characters from “The Wire,” “Sons of Anarchy,” “Luther” and more!) 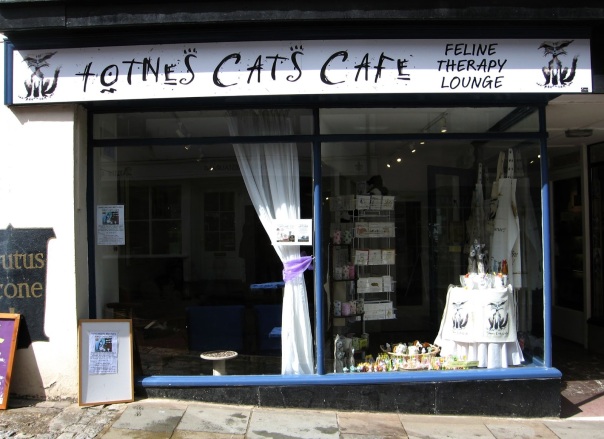 Cat cafes have taken Japan, Hong Kong, Moscow and Vienna by storm. But I’ve just discovered that the U.K. has its first cat cafe, a “feline therapy lounge” serving teas and coffees in Totnes, Devon. It’s not a BYOC (bring your own cat) facility. Instead, it’s a place where you are invited to spend quality time with resident cats and unwind with a spot of tea.

File this one under “Only in Totnes,” but the concept sounds pretty purrfect! Have you ever been to a cat cafe?

“My Blackberry is not working” comedy sketch

So this comedy sketch from Ronnie Corbett and Harry Enfield is making the rounds again – and it is still funny!

For the non-Brits in the room, the only things to note is that Orange is a mobile phone company in the U.K. and I had to Google “dongle,” which probably has nothing to do with nationality and more to do with my lack of techy lingo.

Anyway, go forth and enjoy!

I’m pretty sure that I’ve blogged before about my obsession with “Breaking Bad.” It is the Best Show in the History of the World (in my book)… and apparently, this is where Anthony Hopkins and I have something in common.

Check out the letter that he wrote to Bryan Cranston, as reported by Gawker.com:

I wanted to write you this email – so I am contacting you through Jeremy Barber – I take it we are both represented by UTA . Great agency.

I’ve just finished a marathon of watching “BREAKING BAD” – from episode one of the First Season – to the last eight episodes of the Sixth Season. (I downloaded the last season on AMAZON) A total of two weeks (addictive) viewing.

Your performance as Walter White was the best acting I have seen – ever.

I know there is so much smoke blowing and sickening bullshit in this business, and I’ve sort of lost belief in anything really.

But this work of yours is spectacular – absolutely stunning. What is extraordinary, is the sheer power of everyone in the entire production. What was it? Five or six years in the making? How the producers (yourself being one of them), the writers, directors, cinematographers…. every department – casting etc. managed to keep the discipline and control from beginning to the end is (that over used word) awesome.

From what started as a black comedy, descended into a labyrinth of blood, destruction and hell. It was like a great Jacobean, Shakespearian or Greek Tragedy.

If you ever get a chance to – would you pass on my admiration to everyone – Anna Gunn, Dean Norris, Aaron Paul, Betsy Brandt, R.J. Mitte, Bob Odenkirk, Jonathan Banks, Steven Michael Quezada – everyone – everyone gave master classes of performance … The list is endless.

Thank you. That kind of work/artistry is rare, and when, once in a while, it occurs, as in this epic work, it restores confidence.

You and all the cast are the best actors I’ve ever seen.

That may sound like a good lung full of smoke blowing. But it is not. It’s almost midnight out here in Malibu, and I felt compelled to write this email.

Congratulations and my deepest respect. You are truly a great, great actor.

20 British words that mean something totally different in the U.S.

I really love this list by Big Stock Photo, which captures 20 words that mean something totally different in the U.K. and the U.S.

(Apologies in advance if you spotted this blog post for a short time yesterday – I jumped the gun and posted it before it was scheduled to go!)