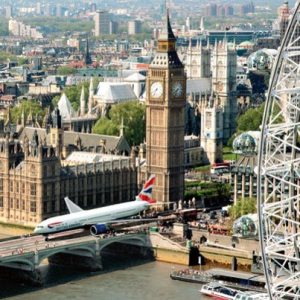 Kudos to British Airways for their very clever and engaging #HomeAdvantage ad, which encourages Brits to make the most of the summer events that are taking place in the U.K.

Before the web video begins, it asks for a home address if you live in the U.K. and then plugs in some scenery from that address (based on Google maps) in the ad itself. It’s seamless and has been endlessly entertaining. I’ve used our old addresses in the U.K. for kicks and boom, there is the British Airways plane driving right by our old house. So clever!

Give it a try!