← Highlights from NYC trip
16 charming bookshops in the U.K. everyone must visit →

Dining at The Spotted Pig

I’ve been wanting to eat at the Spotted Pig in NYC for quite awhile.

With British chef April Bloomfield at the helm, it has reached legendary status among celebrities and foodies alike and has shown the world over that British food can be tasty. 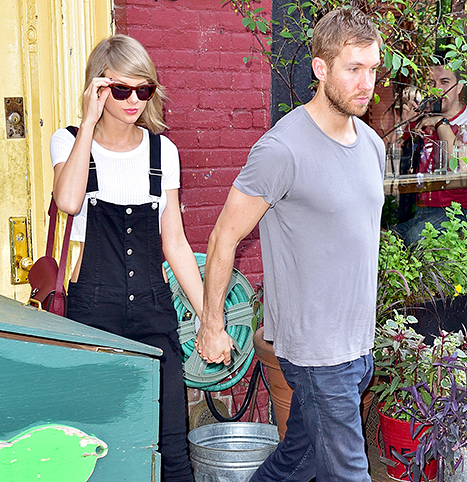 Taylor Swift and Calvin Harris eat at the Spotted Pig.

We came for dinner on Friday night around 7 p.m. and were told that it was a two to two-and-a-half hour wait. There don’t take reservations – ever. Only the opportunity to leave your cell number and, of course, there’s this great big beautiful city to browse while you are waiting.

We had a drink at the White Horse Tavern, which was nearby, and best known for being Dylan Thomas’s favorite watering hole (along with many other writers like Hunter S. Thompson, Jack Kerouac, James Baldwin, and the list goes on. It was a cash-only bar and felt like your average local pub in Britain.

Then we just took a stroll, making stops at Goorin Bros. Hat Shop and Sockerbit Swedish sweet shop, where we bought one of these for the holidays: 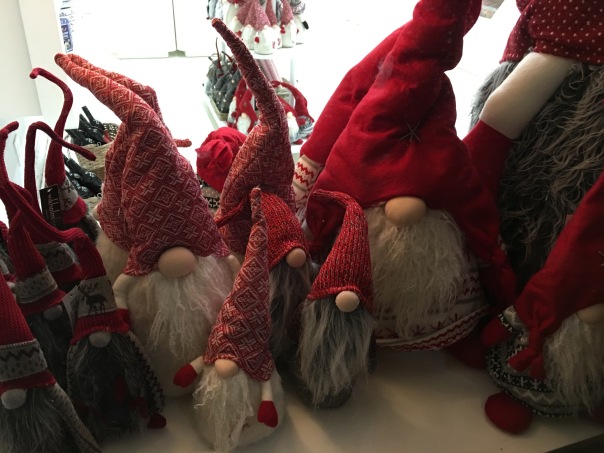 These gnomes are not edible.

It wasn’t until about 10 p.m. that they called our name. Score!

I’ve heard it compared to a mosh pit inside and well, yes, it was quite cozy with a lot of people. Pig decor abounds. Twinkle lights frame the window. You are sitting very close to your neighbor. There are no private conversations here. I had to use my cellphone to see the menu (am I getting old?).

But the food? Well, it was certainly worth the wait. We went in with the plan of getting a lot of small plates (and eschewed the infamous burger, which I have no regrets about.)

We tried the smoked haddock chowder with housemate crackers (easily one of the highpoints of the night), chicken liver toast, deviled egg, sheep’s milk ricotta gnudi with brown butter and sage and the skate. My husband had a pint of Old Speckled Hen and I had a glass of Terre Rouge Syrah (I love a California red, wherever I am).

Everything was delicious and we had a great time. It had a warm and welcoming feel about it and felt very special – without being pretentious or snooty. The perfect spot for a first night in New York City.

As we were leaving, we heard some people asking the hostess what the wait was – this was after 11 p.m., mind you – and it was still two hours. Only in NYC.

← Highlights from NYC trip
16 charming bookshops in the U.K. everyone must visit →