Is this a post-Halloween joke or April Fool’s Day come early? 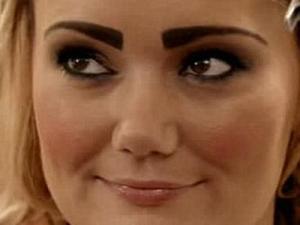 MSN.com is reporting that the latest trend in brows in Britain is the “Scouse brow,” as seen on “Desperate Scousewives,” a new reality TV show that follows the lives and loves of eight blokes and birds in Liverpool.

But is this really a look that Brits are going to recreate? Only time will tell.

I will say that I doubted that the mullet would ever become a fad and then visited the UK a few years back, only to find mullets on the Tube, on the high street, on the bus.

I thought that was shocking, but this? Brow-raising…