The horror of clotheslines 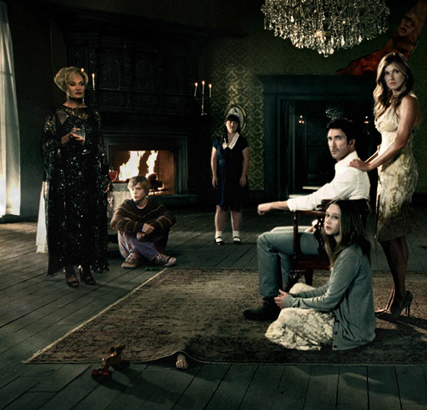 I’ve started watching American Horror Story. Have you seen it yet? (If not, you have a chance tonight – it’s on at 10 p.m. on F/X).

It’s a gripping new TV show by Ryan Murphy (of Glee and Nip/Tuck fame) centered on a family who have moved from the East Coast into a rambling, old LA mansion with a checkered past, shall we say?

There are some great horror conventions that are followed to a tee. A basement with too many secrets. A dog that barks at direction of said basement. A next-door neighbor who knows something about the house, although we don’t yet know what. And let’s not forget the wife who shuns dryer sheets in favor of hanging her laundry on a clothesline outdoors.

I mean, doesn’t she know that every old American haunted mansion has to have an outdoor clothesline, where psychopaths can hide and disappear? That’s just a page from the horror handbook because unlike Brits, Americans use tumble dryers. And if they don’t, well, they’re just asking for a visit from the underworld.

I think someone needs to make a horror movie that involves a tumble dryer for a change because clotheslines have been getting bad press for too long.