I know. I’ve blogged before about J. Crew, but hot damn! I’m loving their fall collection.

Have you seen their women’s blazers this season? So preppy and British and fall-like. Check out their schoolboy blazer in Donegal tweed. 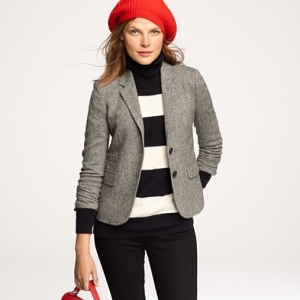 Or their schoolboy blazer in Prince of Wales wool tweed … 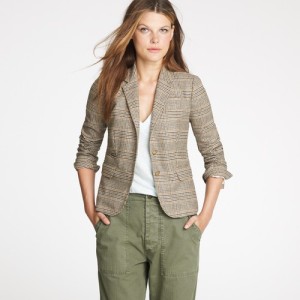 Or their Hacking Jacket in tweed, sourced from the famed Robert Noble mill in Peebles, Scotland, which has been producing woolen products since 1666.

They make me want to slap on a pair of riding boots and head out into pony country. Tally ho!

England is a pony country. Before putting together this blog post, I wasn’t really not sure how expensive it was to keep a pony or buy a pony, but I couldn’t help but notice that there were a lot of people who have them, and I’m not just talking about the Windsors.

My sister-in-law grew up with a pony. Her parents bought one for about £400 and then paid about £10 per week for boarding. Not extortionate, by any means. In fact, she remembers that there were about 10 people in her class at school who owned ponies. The rich kids had two ponies. No joke.

It really does beg the question: Why would anyone come to the US if they had a pony? Who leaves a country packed with ponies to live in a non-pony country? Seinfeld was so right. It doesn’t make sense.