When a technical glitch gives you a Hitler mustache … 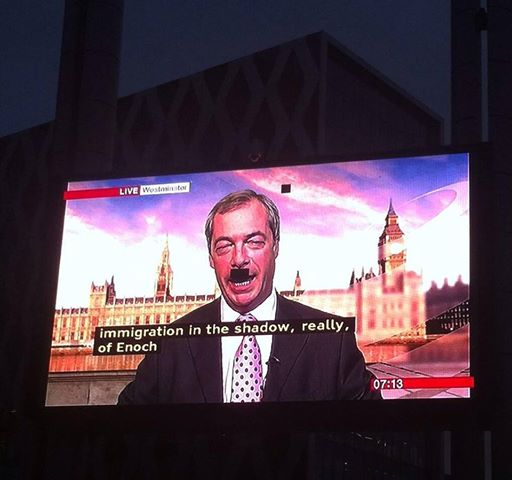 I did laugh at this: A pixelation glitch at BBC Studios gave Nigel Farage, leader of the UK Independence Party, a Hitler mustache today, while he was on the channel talking about the need to limit immigration.

This comes after Farage was accused by a former teacher of singing Hitler youth songs while in school. Coincidence?

The BBC said in a statement “The big screen is owned by MediaCity UK, not the BBC. The fault has been reported to them and they are working to rectify it as soon as possible.”